Of love, snow and flowers… part 1…

My younger daughter, Mollie, just turned 20, so we had a little daddy-daughter adventure trip. We saw snow, and we saw flowers. And we shared love. Hence, the clever name of this series of posts.

Now, I know I share a lot of photos of flowers on this blog, so you would be forgiven in thinking: ‘oh boy… more flowers’… in a very sarcastic tone. But, because of the unusual amount of rain in Southern California this year, we are having what is called: Superblooms!!! Super blooms? Super-blooms? 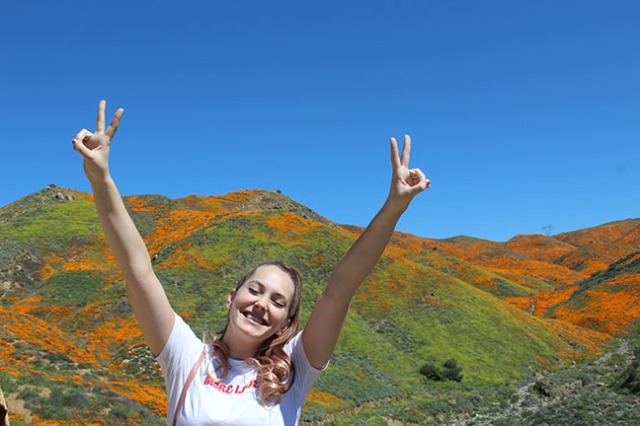 In short, the wildflowers are going crazy. And the hills… that just happen to be between San Diego and the place where we went to see snow… were covered in vibrant orange poppies as well as yellow wild mustard and purple sage.

And the rain translated to snow in the higher elevations.

Mollie, growing up in San Diego, is more familiar with beaches and sand than snow. Of course she had to throw a snowball at me.

Watch out for the camera! Did I ever mention that her older sister, when she threw her first snowball, on a mountain in Washington State, managed to hit me right in the… uh… not-snow balls?

Anyway, I have a lot of photos.

We rented a little cabin up in Big Bear, near all the ski resorts. Just so you know, this is all just a few hours from where we live, and even less distance from where Mollie goes to college. If she doesn’t see snow that often, it isn’t because there isn’t any. California has everything.

Speaking of super-blooms, I will try to drive out into the Anza-Borrego desert before the wildflowers out there die. That is supposed to be spectacular. Like a once-in-a-lifetime sight. 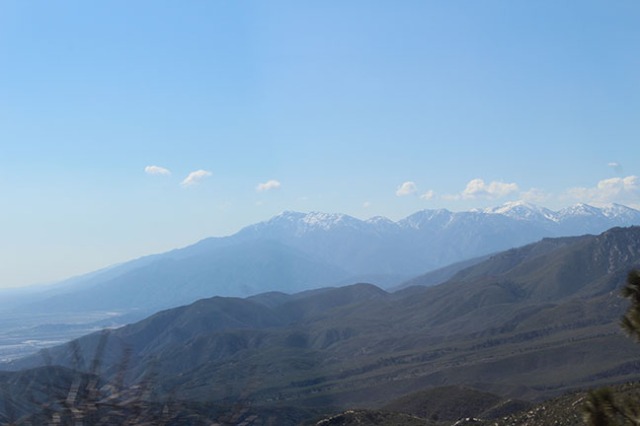 I will try to mix in some posts about other stuff, so you don’t get bored.

But we had so much fun. We laughed. We goofed off. We did stuff.

And spring is coming.

You will laugh at my antics... That is my solemn promise to you... Or your money back... Stop on by...
View all posts by pouringmyartout →
This entry was posted in flowers, My travels, Pictures of me, Stories of my life and tagged art, california, current-events, family, flowers, humor, kids, love, nature, outdoors, photography, snow, social-media, southern california. Bookmark the permalink.