My Yosemite adventure… part 7… how I ended up spending the night there, where I stayed, and how I used my extra time taking even more photos for you!!!

Posted on August 31, 2018 by pouringmyartout

When I was up in the Bay Area visiting my mom for her 95th birthday, I wasn’t actually planning on a trip to Yosemite. And when I did decide to go, it was just a spontaneous idea for a day trip. Then my wife called while I was in the park. Since the place was deserted because of all the fires burning around it, she suggested I stay an extra day. 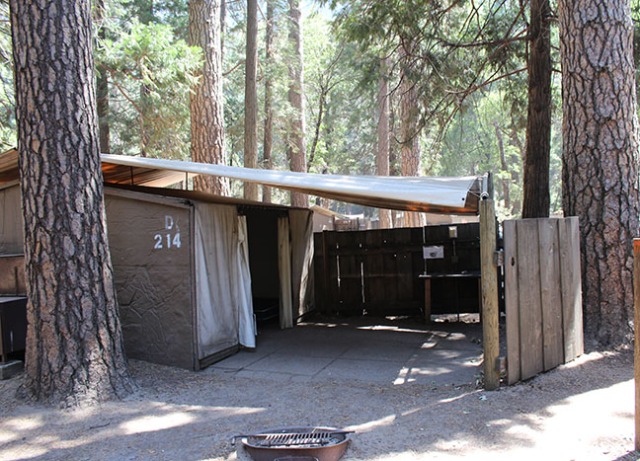 I looked around. I wasn’t going to pay hundreds of dollars for luxury accommodations. I was only going to get up early to take some sunrise pictures and poke around a little more. I ended up staying here, in the housekeeper cabins. Low cost… for Yosemite, I mean. This is where all the young people who work cleaning out the other cabins on their summer breaks stay. 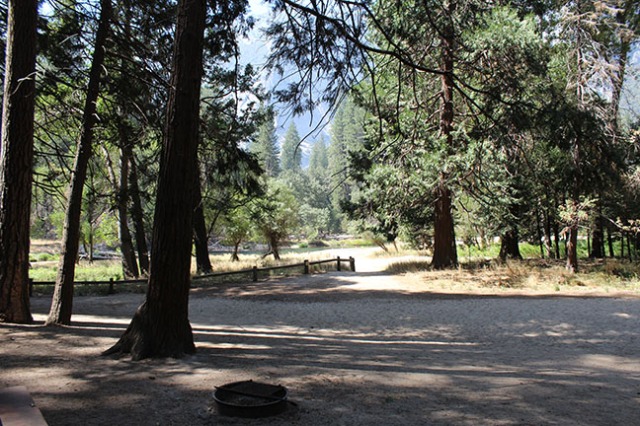 But this was the view from my front door… or canvas flap.

If I zoom in, you can see my almost-private beach by the river. 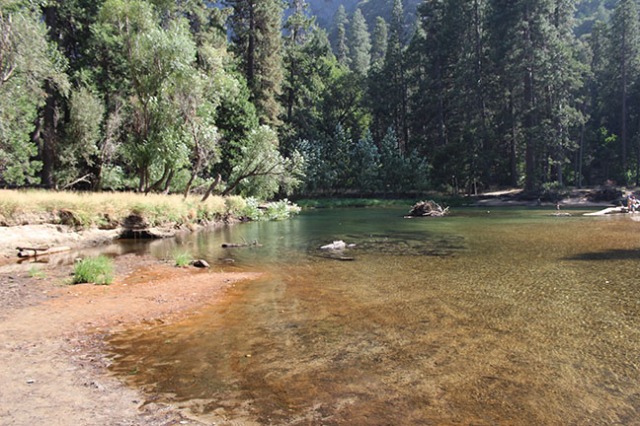 And there is the squishy mud. I think I already posted a picture of my size-fifteen feet as I sunk my toes into that gooey deliciousness.

And here is a view from the same beach that evening, right after I saw that crazy bear… for the first time. Half Dome is glowing in the setting sun.

And the best thing about staying over was that, instead of a long drive in the dark, I had a chance to see that bear again. And got to spend another half day roaming around. 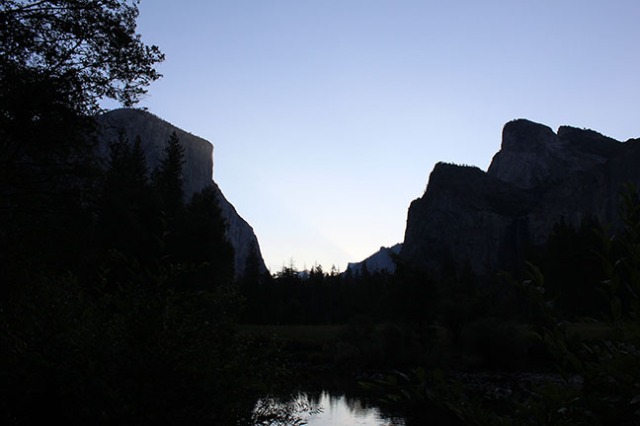 And I got to see the sunrise over the park.

And take more photos of the same views, but with different lighting. El Captitan looked majestic in the early morning.

And the park was even more deserted that early in the morning. 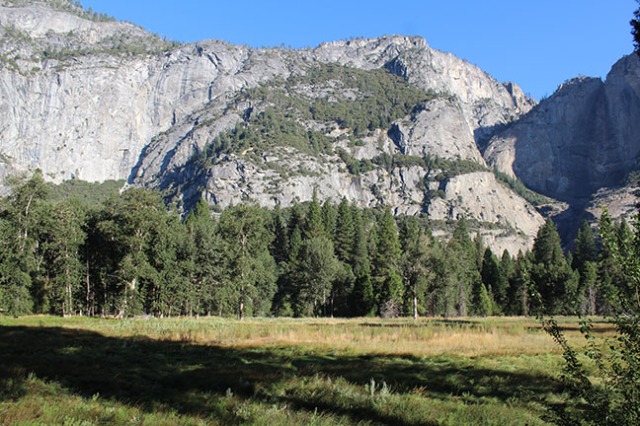 Nobody else was up yet.

The sun, still trying to get above the cliffs.

The stillness was overwhelming. 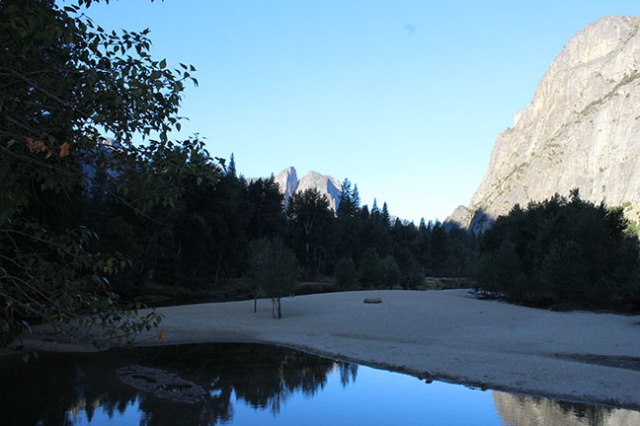 I felt very in touch with nature.

And I got to not only see the bear again, but get almost close enough to pet those deer that I already showed you in an earlier post. 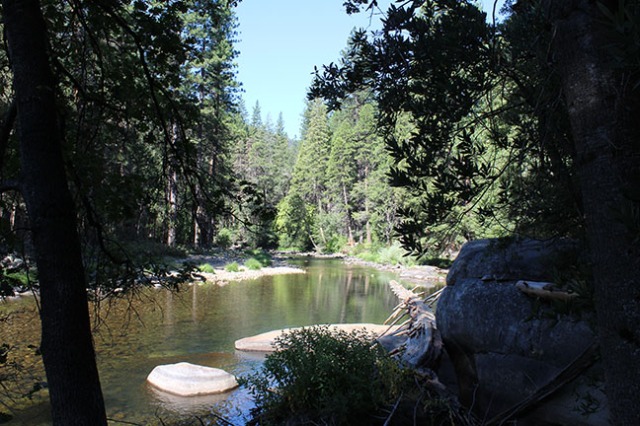 You will laugh at my antics... That is my solemn promise to you... Or your money back... Stop on by...
View all posts by pouringmyartout →
This entry was posted in My travels, Pictures of me, Stories of my life, sunsets and tagged art, california, camping, humor, nature, Northern California, outdoors, photography, travel, Yosemite. Bookmark the permalink.