Posted on November 5, 2019 by pouringmyartout

I hope you are enjoying this, because we are now almost up to lunch time on the first of our three-and-a-half day whirlwind visit to New York City. Look, it’s the Wall Street Bull, over there, behind that table covered with souvenirs, including small statues of that very same bull.

A family is posing by the bull’s head for a photo… wait… what is going on at the other end of that bull? 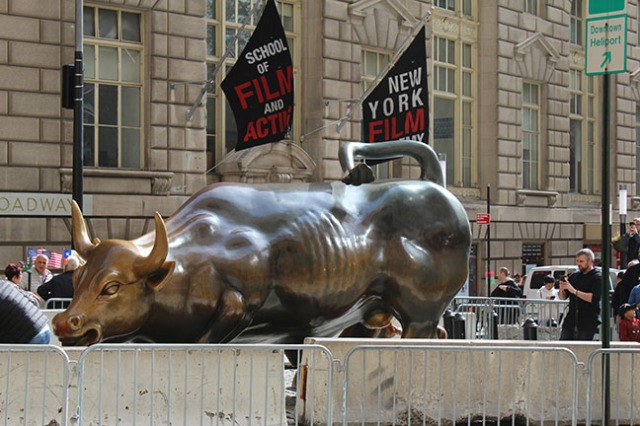 That guy is taking a picture of the North end of a southbound bull. That is just weird. That is like something I would do.

My feet were beginning to hurt. 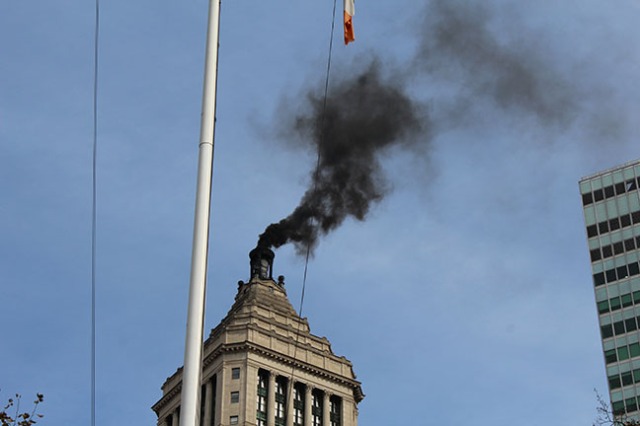 Black smoke began to pour out of the top of a building. I thought the Pope had died, or maybe the president. But we asked around. It was just the heating system for the building. Still, it makes you wonder.

We could still see the One World Trade Center Tower.

The fort was called Castle Clinton. Somebody should Google that.

And there she was, in the distance, the Statue of Liberty… which brings me to my message for tRump. 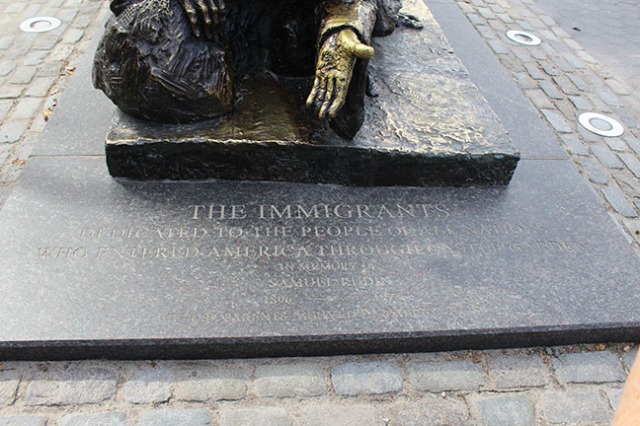 Almost all of us are immigrants, you idiot.

Only Native Americans are not immigrants. 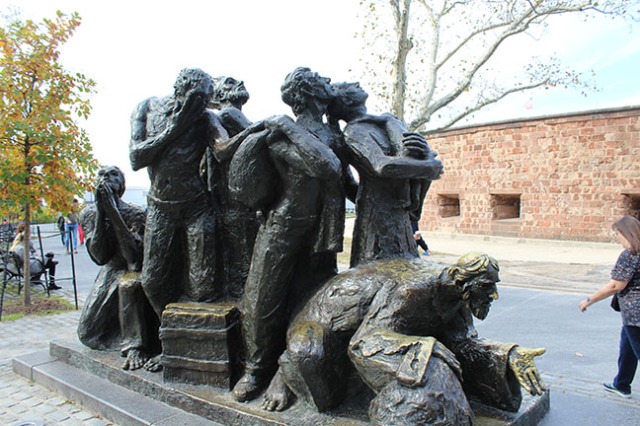 And each group that came was hated at first. 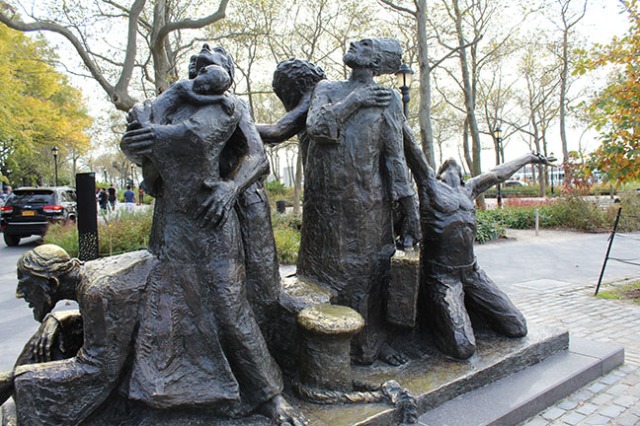 And they built this country.

That is my message to you.

And the lady agrees with me.

You will laugh at my antics... That is my solemn promise to you... Or your money back... Stop on by...
View all posts by pouringmyartout →
This entry was posted in My art, Stories of my life and tagged america, art, bull, digital photography, humor, New York, photography, travel. Bookmark the permalink.