New York City… day 1… part 9… a historic tavern from before the Revolutionary war, some drunken photography, and a game involving subway rats…

Posted on November 6, 2019 by pouringmyartout 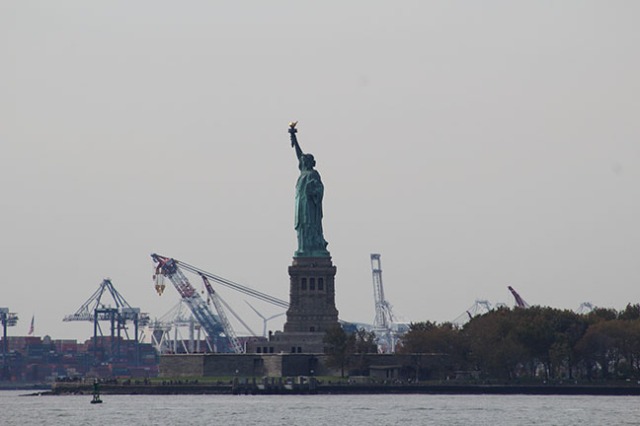 Congratulations! We have made it to lunchtime on the first day of my three-and-a-half day trip to New York city to visit my daughter and her husband. We said goodbye to Lady Liberty, and walked a short distance.

The place we ate lunch, which I picked out after careful internet searches of historical sites, was certainly historical. 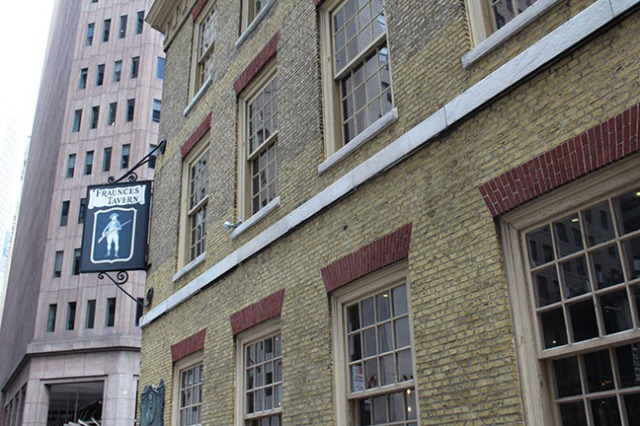 I can’t begin to tell you all about the history represented here. 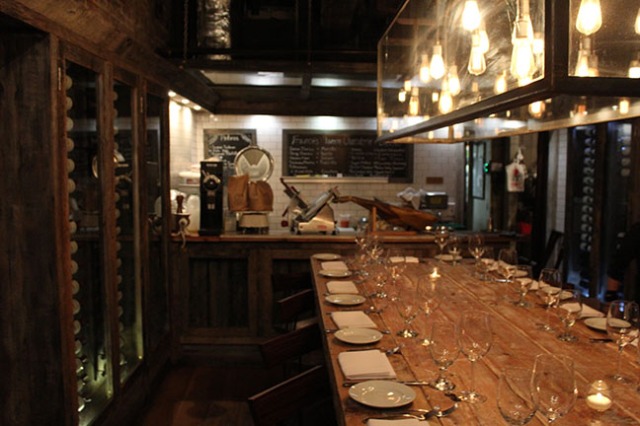 But I can tell you this place had historic ambiance out the wazoo. 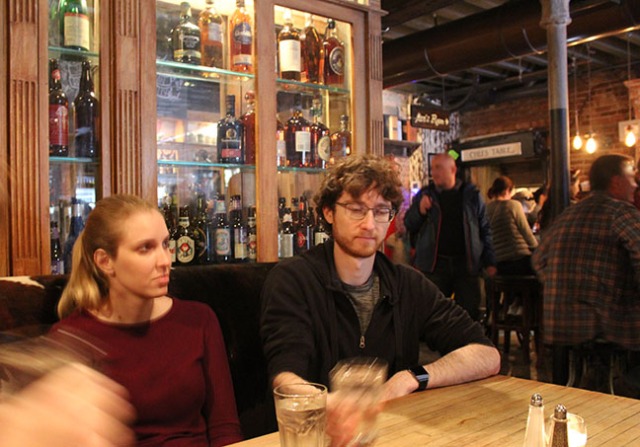 There is my older daughter, Jessica, and her husband, my son-in-law, Jason. Do they look like they have walked for miles, because we did. My wife doesn’t ever want to be in this blog, so I cropped the photo a little. But you can see her hand as she raises a water glass. 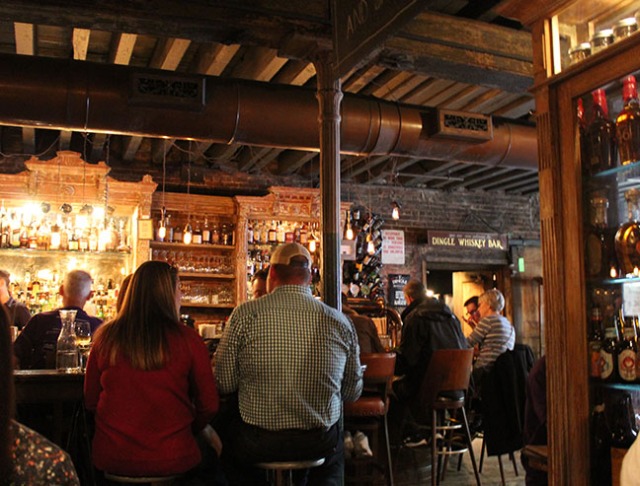 I just remembered I have a bunch of photos on my phone of the trip, so I will have to come back to those later. 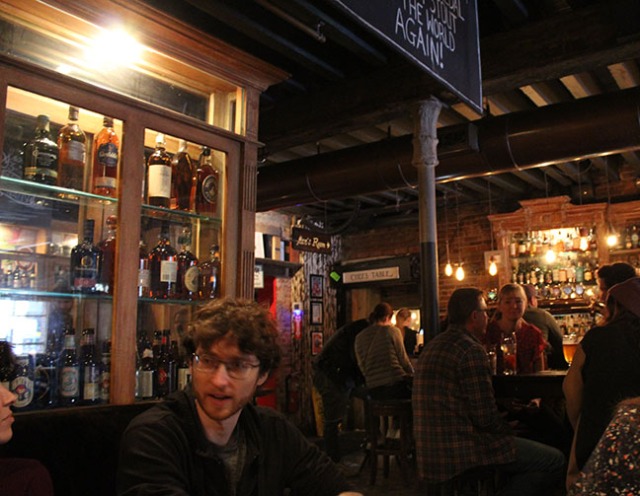 The thing is… hey thing, where you been hiding?… that I got a little drunk on some fancy adult beverages. And when I do that, I like to take selfies. I also like to call random people and say “I love you, Man!” But we can discuss that another time. 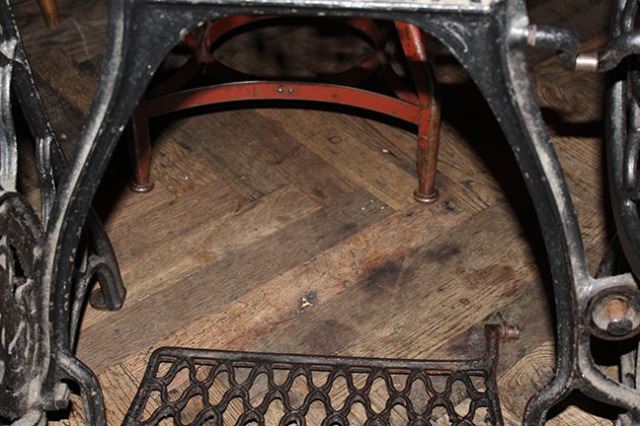 The tables were held up by old Singer sewing machines, which is great, until you bang you knees after using the restrooms.

The name of this magical place is Fraunces Tavern. You should Google it if you love history and great food… or getting drunk. George Washington used to hang out there, after the war. Remember, the British occupied New York for most of the war.

We said goodbye to the tavern, refreshed and ready for more adventures… if that is what you call going back to your hotel to rest for a while. 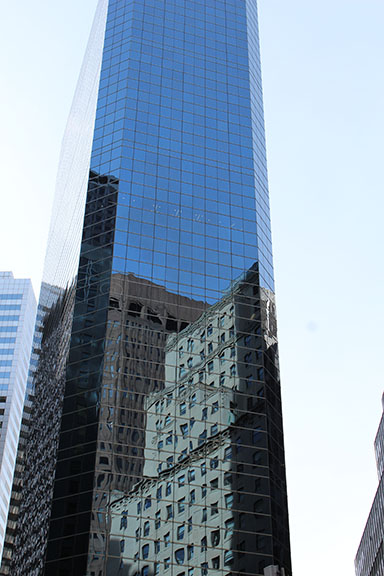 It turns out that another thing I like to do after a few drinks is get whimsically artistic. So I took some photos of buildings reflected in other buildings as we walked to another subway station to leave Manhattan for Brooklyn. 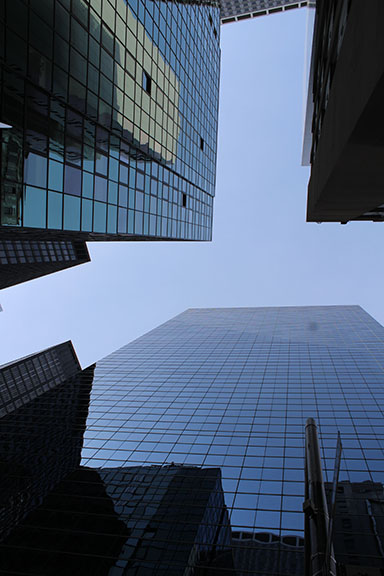 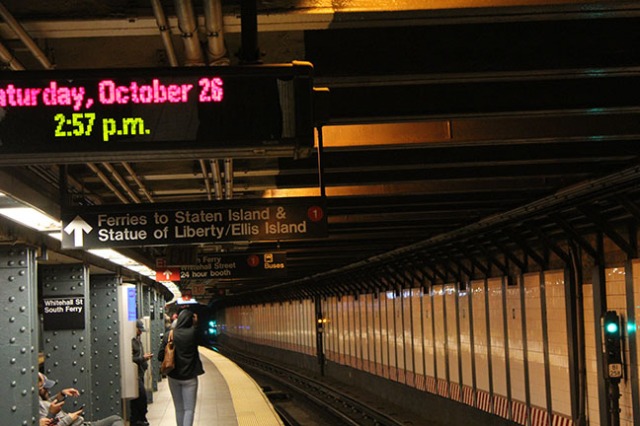 Just a few pictures of another random subway station, because I found them fascinating. 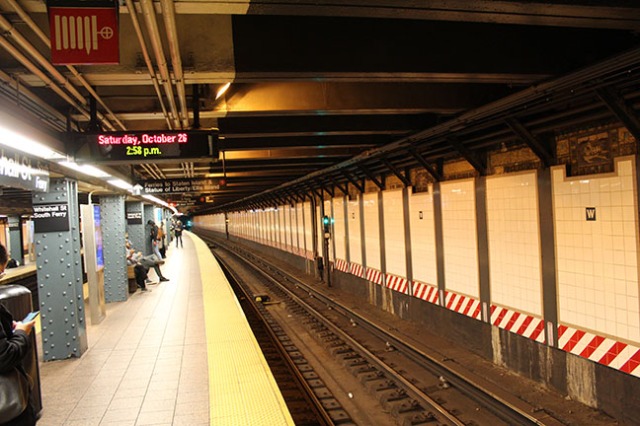 We invented a new game. It is like that game we play when the whole family goes to my mom’s house in the Bay Area for Christmas, and we see who can spot a deer first. Only this time, we substituted subway rats. Whoever saw one first would win.

I never did see one, not the whole time I was there. I am strangely disappointed, like I missed out on a quintessential New York experience.

You will laugh at my antics... That is my solemn promise to you... Or your money back... Stop on by...
View all posts by pouringmyartout →
This entry was posted in My travels, Stories of my life and tagged art, bars, digital photography, drinks, family, history, humor, New York, photography, statue of liberty. Bookmark the permalink.