My daughter Mollie… and I am only going to give the back story on this once, so read the first post…. the final chapter… 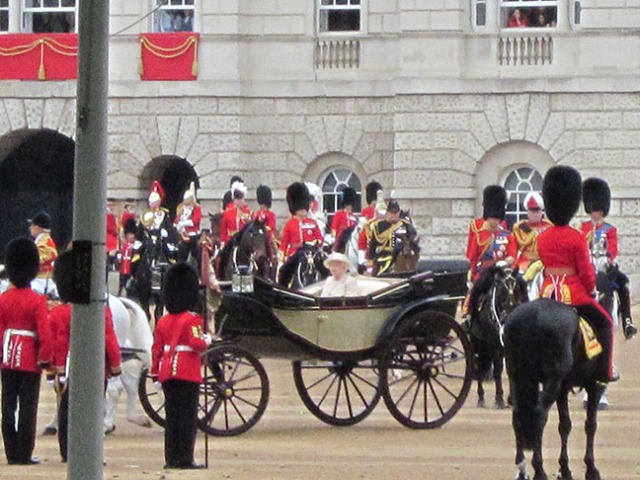 Yes, I know that isn’t my daughter, Mollie. That is the Queen of England. We saw her. 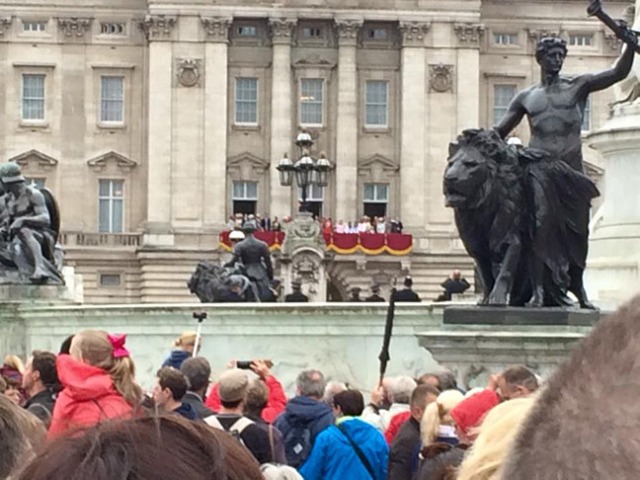 In fact, we saw the whole Royal Family, except for the new princess, who was too young to be brought out.

We chased the Royal Family down the Mall. They were in fancy carriages. 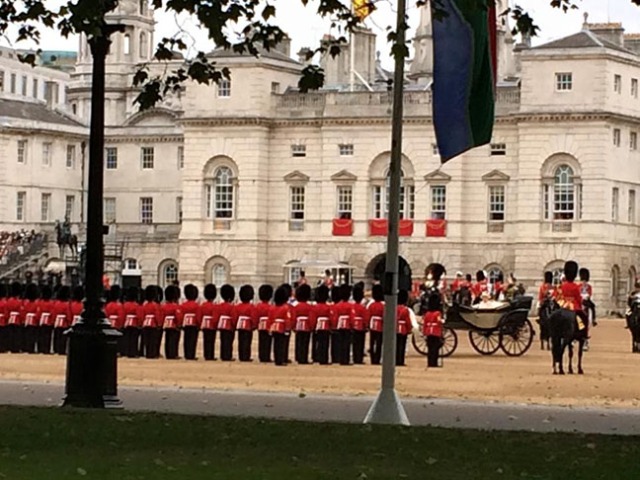 Right after we watched the Queen review the troops on her birthday… one of her two, yearly birthdays. You would know all this, if you went back two years ago, and read all about our European adventures.

You could try using the search bar thing, and typing in stuff like: ‘the queen’ and ‘royal family’ or ‘London’, ‘Paris’, ‘Germany’ or whatever.

You could also type in: ‘James Bond’… because we saw them filming the climatic ending for the Bond movie Spectre.

But the best part of the trip for me was hanging out with Mollie. She was 16 then, on her first trip to Europe. This and the next picture were taken on one of our adventure walks, where we get up early and have an adventure… hence, the name.

We were in a small town in the English countryside, staying with our cousin, Dot. I bet very few Americans have ever walked on that path. 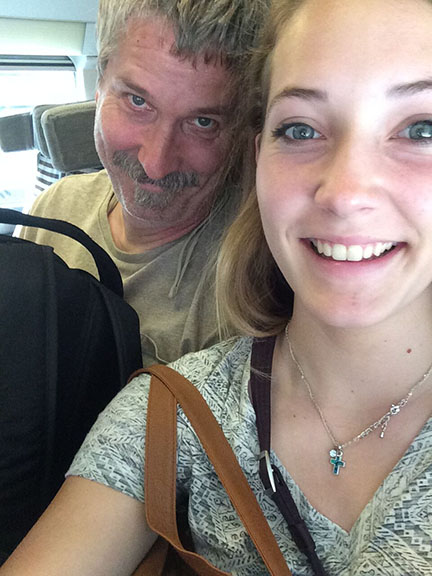 But, to see the light in your kid’s eyes when they see something special for the first time…

You will laugh at my antics... That is my solemn promise to you... Or your money back... Stop on by...
View all posts by pouringmyartout →
This entry was posted in My travels, Pictures of me and tagged england, family, humor, james bond, kids, london, movies, paris, photography, the queen, travel. Bookmark the permalink.

4 Responses to My daughter Mollie… and I am only going to give the back story on this once, so read the first post…. the final chapter…