We went camping… part 4… (or); Cute dogs, weaving, and where the Frisbee comes from…

Posted on October 19, 2015 by pouringmyartout 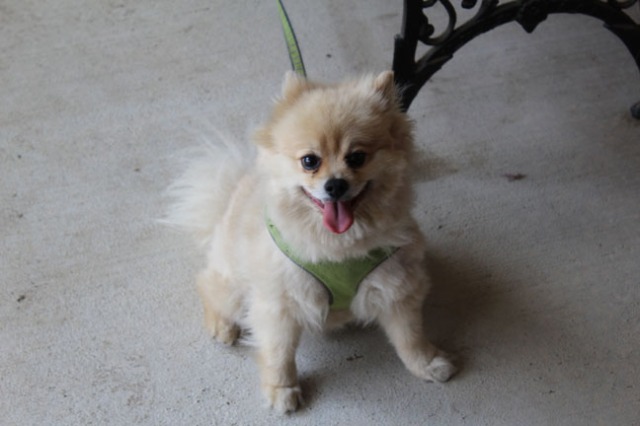 While we were at the tractor and farm equipment museum during the big festival, I met this adorable little dog. His name is Toby. 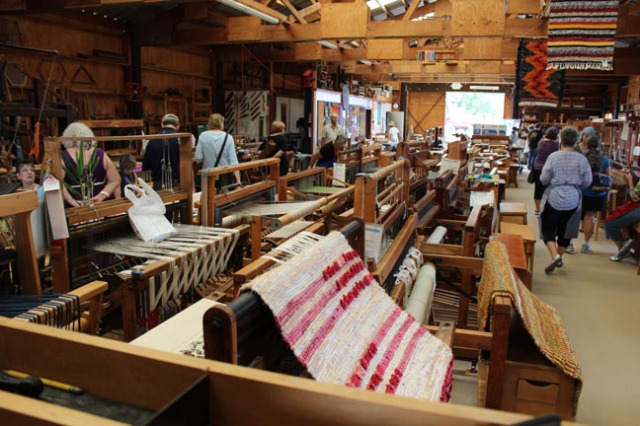 I really enjoyed the weaving exhibits. This is another of those artsy things I really want to try some day. Weaving colors together into something useful sounds awesome.

You should really look into the history of the loom. It goes way back. 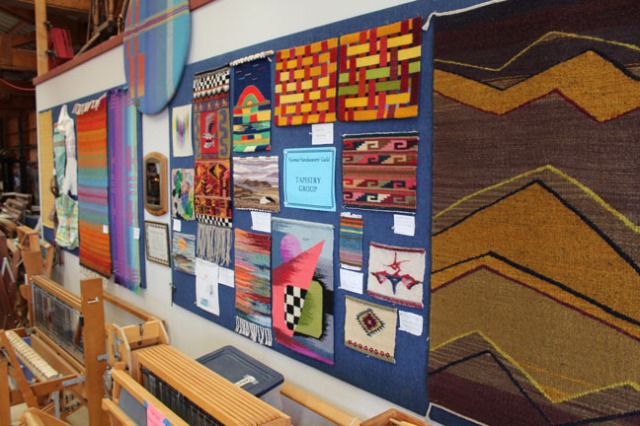 If nothing else, we would have the coolest rugs, place mats, and scarves in the neighborhood. I suppose I could also make serapes.

They also had these two old machines that made braided rope. I noticed that the bobbins… those spools with the threads on them… were moving in a pattern that reminded me of some kind of dance. The lady was very impressed.

She informed me that I was absolutely correct. The machine above had the bobbins moving to the pattern of the ‘maypole dance’, and the machine in the picture above this one was doing the ‘square dance’. She said nobody had ever noticed that before.

In one exhibit, we found these old pie tins from the Frisbie Pie Company. In case you didn’t know it, these pie tins are the origin of the Frisbee toy. Some college kids found out that you could throw them and they would sail quite a long way. They began to play catch with them. A couple of the kids got together and started a company making plastic ones, and a classic toy was born.

I also spotted this nice dog, waiting patiently in an old truck.

You will laugh at my antics... That is my solemn promise to you... Or your money back... Stop on by...
View all posts by pouringmyartout →
This entry was posted in dogs and other animals, My travels, Stories of my life and tagged art, current-events, dogs, frisbees, history, humor, looms, photography, toys, weaving. Bookmark the permalink.

4 Responses to We went camping… part 4… (or); Cute dogs, weaving, and where the Frisbee comes from…