Posted on December 28, 2019 by pouringmyartout

Why am I making that face? 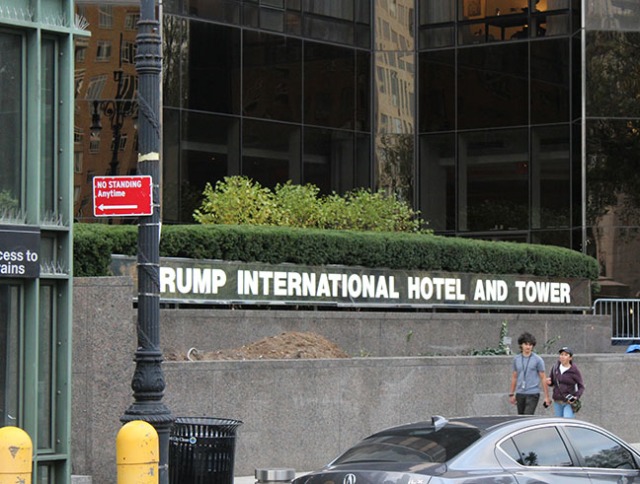 Because after my wife and I left Central park to meet my daughter and her husband for fancy drinks, we passed this place.

Technically, the name Rump has a ‘T’ in it somewhere, but it still made me think of a huge ass. 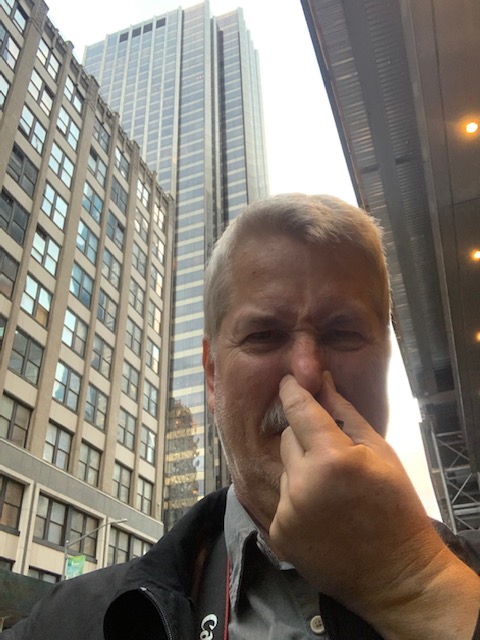 So there you go.

And passing through a mall to get to the fancy drink place, we saw the man himself! Hello, Mr. President.

Okay, that isn’t really Donald Rump. My daughter told me about this statue, after she heard the story of my son-in-law and I at the Museum of Modern Art, and all those penis photos I took there… and posted here… and she said this one was actually famous. So many people were rubbing his junk that it got shiny.  That guy to the left might actually be a security guard who is supposed to keep people from touching the junk. Watch out for that lady over there! 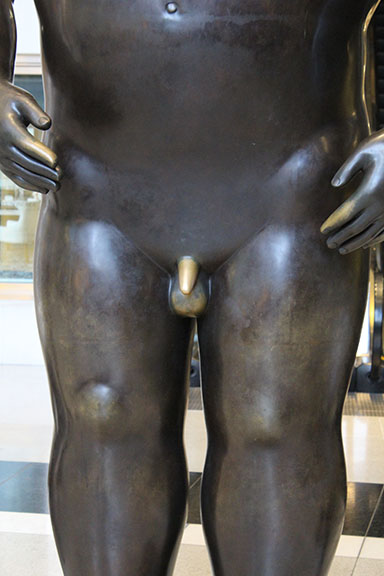 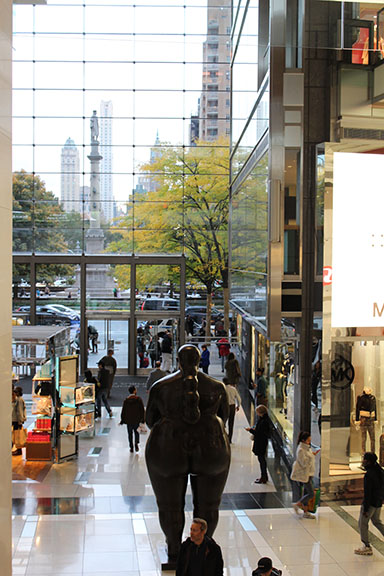 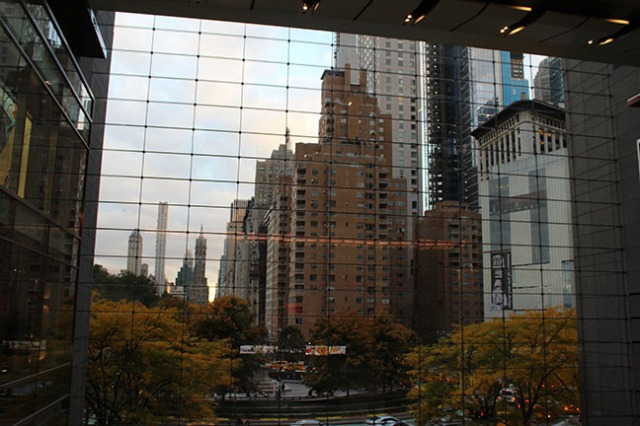 Now, off for some excitingly overpriced adult beverages at… a place whose name I do not remember…

But it was the kind of place that had a thing like that hanging from the ceiling.

And a thing like that by one of the revolving doors.

The kind of place that caters to the upper crust, who arrive by carriage.

The kind of place where rush hour has more horses than cars.

The kind of… hey, I petted that horse!

Okay, they might let a Bentley sneak in now and then.

You will laugh at my antics... That is my solemn promise to you... Or your money back... Stop on by...
View all posts by pouringmyartout →
This entry was posted in My travels and tagged america, art, cars, horses, humor, New York, penises, photography, travel. Bookmark the permalink.